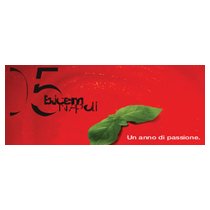 The aim of the XII edition of the Biennial of Young Artists from Europe and the Mediterranean was to underline the role of Naples as Mediterranean crossroads and big European capital.

In a time in which cultural, religious and economical differences continued to divide the peoples instead of bringing them together, the Biennial intended to be a place where civilizations can meet, even if in a short time. According to this line, the edition was focused on the participation of South Mediterranean artists, underlining the ancient ties with the city.

The theme chosen by the organizers was Passion, one of the main features of Neapolitan life.

The theme chosen for this edition was Passion, meant as a complex background of feelings and behaviors. This subject seems to entirely seize the heterogeneous identity of Mediterranean and Europe, which tries to widen its boundaries towards the right direction of a coexistence of differences.

In such a moment, when the emotional side of every passion seems to prevail up to nihilism, this Biennial gives a constructive response, providing a constructive and creative meaning to the word passion.

It really seems that the city of Naples represent the natural theatre of such an event, since today the city seems to suggest a way to canalize passion in terms of cultural project open towards the social activity.

Among the artists who participated, to be signaled the following ones: Artists without walls, group of Israeli and Palestine visual artists, Luther Blisset, collective of video-artists from Venice, Giorgio Andreotta Calò, performer and light designer from Venice, Zhe Xu, performer from France, Gianluca and Massimiliano De Serio, film-makers from Naples and Rami Farah, video-maker from Syria.

Castel Sant’Elmo  was the venue of the Biennial, an ancient castle and fortress on the top hill of the city that during the event became the transnational, multimedia and multicultural Citadel of Creativity.

This edition of the Biennial was followed by several side activities: the Biennial Off, which offered a rich program of music, art and theatre on the whole Provincia di Napoli and the publishing of the Literary City Guide, a guide of Naples according to famous Neapolitan writers starting from the XIX century.

Rosa Russo Iervolino – Mayor of the City of Naples

Felice Iossa – President of the Mediterranean Commission of Regione Campania