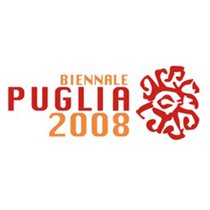 The XIII Biennial of Young Artists from Europe and the Mediterranean was held for the first time not in a single city but in a larger territory: Puglia, a region of South Italy, with the main activities based in its capital, Bari.

Thanks to its geographical position, facing eastwards but on the shores of the Mediterranean, Puglia has always been a land where cultures have met and create a fertile melting pot.

The project foreseen to host the productions of the XIII Biennial in the whole region, creating a real artistic network on the basis of cultural, social and economic vocations of the Puglia territory, keeping with the spirit of the choose theme of the event, Kairos: Our Creative Diversity.

The disciplines were: Applied Arts, Gastronomy, Images on the Move, Literature, Music, Show and Visual Arts.

The theme was originally conceived for the project of the Biennial of Alexandria in Egypt, were the event was supposed to take place in 2007. After the failure of the project, due to local social and political issues the event was skipped in 2008 in Puglia. The theme remained the same and also the will to have a specific focus on the South Shore emerging art scene, convinced that cultural differences are not a threat but represent an important resource to be exploited.

To be signaled for their inspiring works the following artists: Umut Skallioglu, performer and video-maker from Turkey, Muta Imago, theatre company from Rome, Valerio Berruti, visual artist from Italy, Heidi Moriot, visual artist from France and Lea Rasovszky, visual artists from Bucharest and Mistma Theater Group from Bulgaria and Serbia.

The main venue was at the Fiera del Levante in Bari, then different venues have been set up in the whole region with the intent to reply in many towns some artistic disciplines in order to permit the audience of wide areas of the region to assist to the artistic productions. The official program was accompanied by a large program of parallel events transforming the Biennial in a platform that hosted and presented the different experiences of the local emerging art scene.

Silvia Godelli – Regional Councillor of the Department for Mediterranean Affairs

BJCEM Members Support for the installation