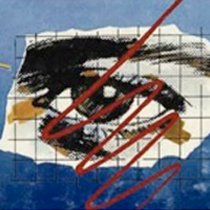 The II edition of the Biennial of Young Artists from Mediterranean Europe was held in Thessaloniki.

In those years the city experienced a significant cultural development and the young citizens carried on a vital need to open up to the world.

Thus, the proposal of an international event, with the participation of foreign cheap NFL jerseys artists in all fields of creativity, arrived at an appropriate historic moment for Thessaloniki.

Thessaloniki committed itself to organize the event without deviating from the goals set by the organizers in Barcelona, promoting, once again, the creation of contacts between artists and professionals.

The city itself benefited from the event: most of BIENNIAL the venues were renewed on occasion of the Biennial and, in the years following it, the city managed to keep all those places open, renewed and modern. All venues now comprise vital hubs for the support of the city’s artistic and cultural life.

The competent architectural committee that chose and shaped the locations was faced with the total lack of infrastructures, even for smaller projects. Therefore, it chose Teknikler the “rebirth” and “discovery” of new venues: forgotten and abandoned buildings, unknown monuments, inaccessible warehouses.

Thus, events were distributed throughout the city: at the Port, which hosted artistic events for the first time; Santa at the Royal Theater, which was reopened after twenty years of dereliction and dilapidation; the premises of the Thessaloniki International Fair; museums; the giant Miami Dolphins Jerseys Roman Rotunda and Ottoman monuments, such as Yeni Çami and Alaça Imaret.