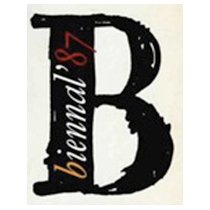 The III edition of the Biennial was dedicated to the slogan: Creation and Market. The organizers intended to go deeper into the first goal set in the previous edition: fostering the entrance of young artists into commercial circuits. To achieve that goal, young cultural producers need to be exposed to the public in general, and more in particular to BLOG industrialists, managers, planners and dealers and the Biennial was designed as an occasion to encourage that encounter.

The first measures taken as a result of the experience of the 1985 edition were the reduction of the number of participants and the redefinition of the cheap jerseys disciplines, which became: Architecture, Visual Arts, Design, Performance, Photography, Comics, Moving Images, Literature, Fashion, Intermedia and Music.

In addiction, four informal debates with experts were promoted to reflect and discuss the themes of the Biennial, concerning the relationship between Cultural Industry and artistic creation.

271 productions were presented, corresponding to about 600 artists participants.

Among the artists to be signalled: Cartoun Sardines, performing arts group from Marseille and Maria Loizidou, visual artist from Cyprus.

The main venue for the event was the Casa de wholesale nfl jerseys la Caritat (the current Barcelona Ag??ero<br Centre of Contemporary Culture), which hosted all the exhibitions and the debates. From this base, situated in the centre of wholesale mlb jerseys the city, it was easy to get to the other venues, such as the Institut del Teatre and the Aliança del Poblenou, the concert venue of Zeleste, Verdi, Cibeles, KGB, Rodrigues Bikini, Studio 54 Brain and ARTISTS the Palau d’Esports, venue for fashion shows.

A large series of bars, art galleries, bookshops and nightclubs hosted the Biennial Off, that exhibited the best works among the non-selected artists.