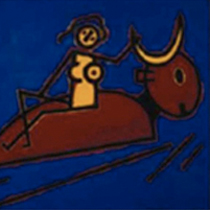 1985 wholesale jerseys was a very special year for the youth policies of the Municipality of Barcelona. The United Nations General Assembly had proclaimed 1985 as International Youth Year, inviting the audience and institutions to 7 focus their attention on the youth reality and to promote particular activities to improve it. The Municipality created and carried out during the two previous years the realization of the Proyecto Joven through the idea of developing cheap jerseys a new youth policy, oriented towards the social and professional insertion of young people.

The Biennial was the perfect conclusion for such a year, proposing, once again, the city of Barcelona as a place for the of exchange of the cultural experiences of young artist from wholesale mlb jerseys Mediterranean Europe.

With this Biennial, the city of Barcelona wanted to offer to young artists, who still were out of commercial circuits, a market infrastructure for possible exchanges, diffusion and contamination by other productions.

860 young artists from 6 countries (Spain, France, Italy, Greece, Portugal, and Yugoslavia) participated in the event and experienced the presence of 68.000 visitors during the 10 days covered by the event.

The permanent exhibitions were mainly installed in the Casa de la Caritat, an ancient city orphanage, recovered especially for this event before the completion of its definitive restoration when it would become the Centro de Cultura Contemporánea of Barcelona.

The Casal dels Transformadors, the Casa Elizalde Civic Center, the Les Cotxeres de Sants Civic Center, the Cinemathèque and a carpet installed in the emblematic Plaza de Catalunya plus a group of some twenty-five bars and venues hosted the more than hundred planned shows.