BJCEM at The Others Art Fair

Hasan Salih Ay and Marco Cecotto at The Others Art Fair 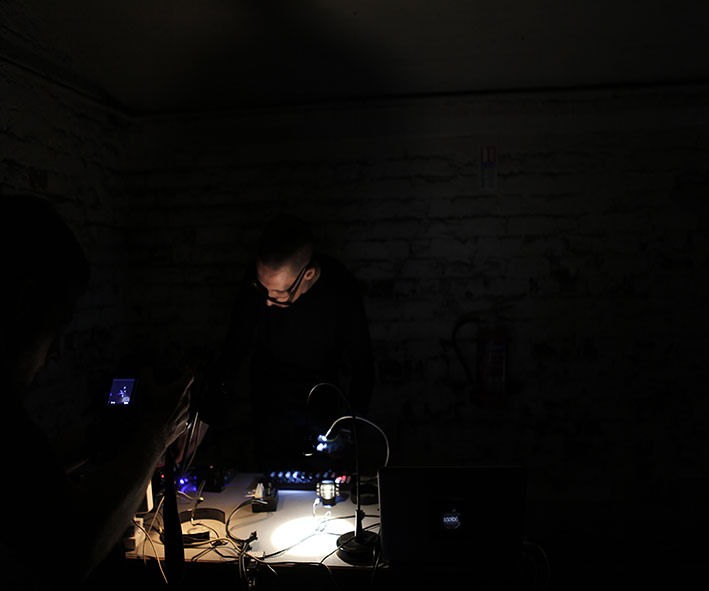 On the occasion of The Others Art Fair, BJCEM is going to present the works of the artists Hasan Salih Ay and Marco Cecotto.

Hasan Salih Ay was born in 1982 in Ankara and lives and works between Ankara and Istanbul. He received his B.A. and M.A. degrees in Visual Arts and Visual Communication Design from Sabanci University, Istanbul. Some of the exhibitions and workshops that he has participated; “World Event Young Artist” as part of the Bjcem project “Disorder”, Nottingham, England 2012, “Sentieri Urbani” Pisa, Italy 2011; “Crossections”, 8.Korea – Turkey Exchange Exhibition at MKM – Besiktas Contemporary, Istanbul, 2010; “Invisible Play” Tophane-Istanbul 2010, “The 29th Contemporary Artists Exhibition” Akbank Sanat-Istanbul, 2010; “ekosusak” Susak-Croatia 2008; and “The City is One of Us”, 13th Biennial of Young Artists from Europe and Mediterranean, Bari-Italy 2008; “City and Belonging, 1st International Photography Biennial, Darphane-i Amire, Istanbul 2006.

The work in this installation is composed of mainly two separate pieces. One is a three dimensional installation made with orange peels and a glass tank. This piece starts hanging from the ceiling and goes on to a glass container filled with water that spreads an intense orange scent into the gallery space. The second is a video piece with the sound of a human breath-taking displaying a continuous contraction and expansion movement of an amorphous shape made with orange peels.
The installation and video piece could be considered as an attempt to create a perceptual field that would exhibit itself to various senses and affections. In this sense, two different works are incorporated to the perceptions of sight, smell, tactile, aural etc. senses, so as to widen the perspective of bodily experience. 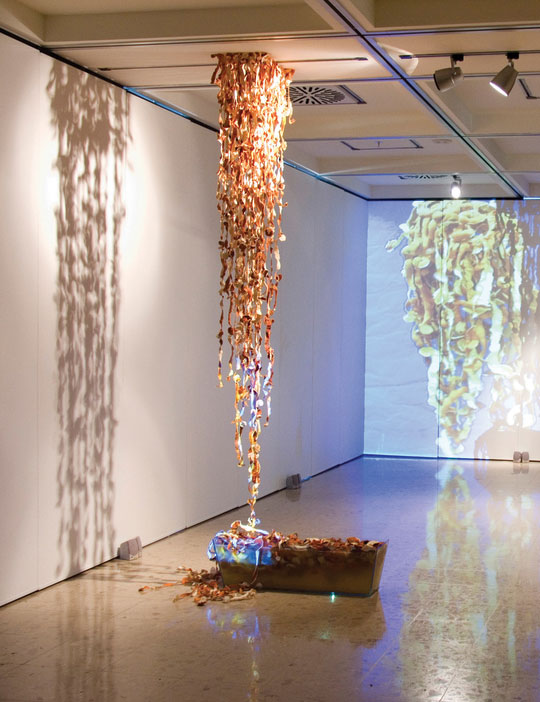 Predominantly self-taught in his technical and artistic training, Marco Cecotto developed his sound art and experimental music research in parallel with his philosophy studies, thinking about each one of these two ﬁelds like a different way to look at the same thing, using one in order to explain the other, and vice versa.

The project Squeezing sounds out of light finds its roots in the experiments that the artist takes from 2008, when, thanks to a hardware hacking workshop held by Nicolas Collins, he became aware of the possibility to monitor the sound from the light. The artist is deeply fascinated by the expressive range of this technique, which, thanks to a sound control based on optical sensors, allows the performer to physically interact with his instrument, recovering the touch element that often gets lost in the common performance of computer music, and enables the performer to create a theatrical atmosphere where the audience is immersed: stage action, bright and sound event are the same thing, functionally integrated into a single body.
www.marcocecotto.com 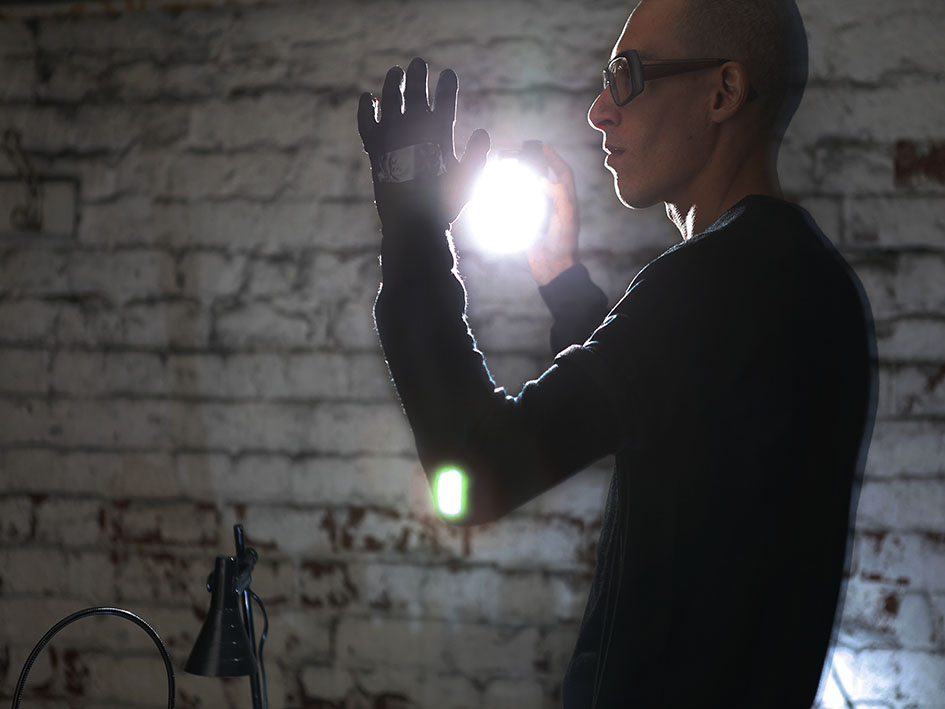