This is the last chapter of a project that goes under the name of Practices as an Intersection in a Fragile Environment, an independent research investigating the relationship between Art and the Public Sphere in a state of cultural nomadism. The title São Paulo Out Of Reach originates from a 2012 exhibition by Brazilian artist Mauro Restiffe at Instituto Moureira Salles in Rio de Janeiro; a statement that points out very clearly the impossibility of reaching, defining and understanding the city in just one gaze. This chapter is dedicated to the city of São Paulo and mainly focuses on its Architecture and Urbanism through a multidisciplinary extension that involves visual artists, curators, researchers, architects, urban planners, anthropologists, and journalists. Each contribution stands by itself, but at the same time it’s part of an extensive and complex narrative that tries to process the city in its different scales. This text, in a spontaneous and chaotic movement, follows the order in which the contributions have been sent over. This is therefore just a proposal: one of the possible readings. 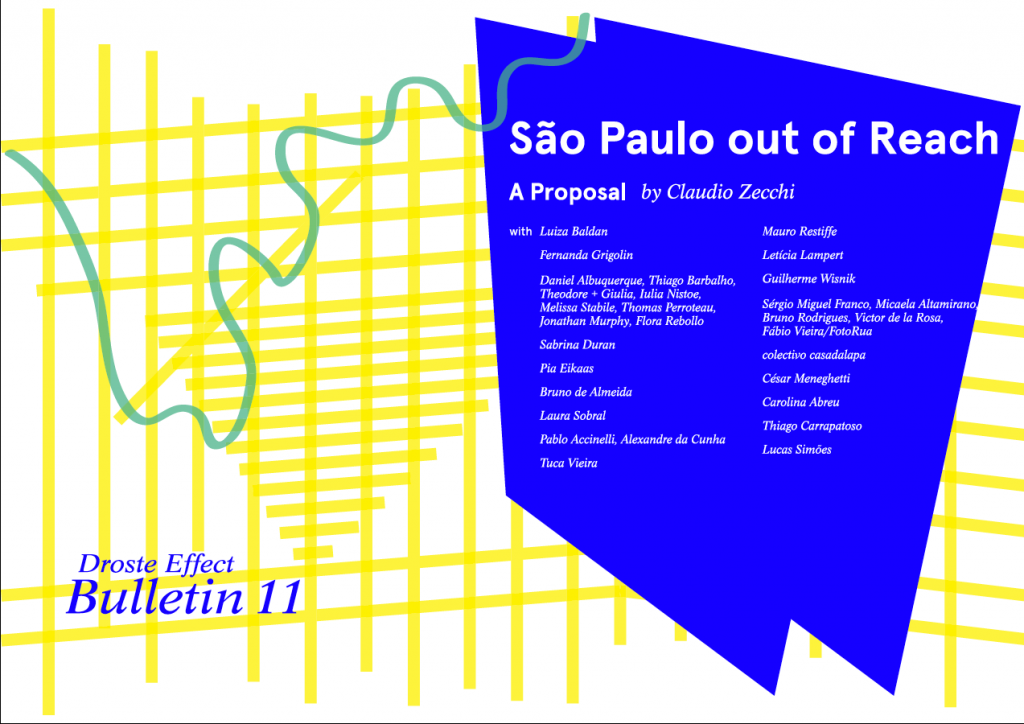