BJCEM Board of Directors, March 17-18

“Practices as an Intersection in a Fragile Environment”: an interview with Claudio Zecchi

After Milan and New York, the third step of the project “Practices as an Intersection in a Fragile Environment” that you are curating is taking place in Nottingham. What are the projects’ objective? What are the main themes that are going to be tackled by your research?

Let’s start from the beginning. From the very beginning: the title. As you mentioned above “Practices as an Intersection in a Fragile Environment” is the title I use to present the project to give a sense of continuity to my research, which has been conceived as a long-term discursive narration. As soon as I started to dialogue with the New Art Exchange, the institution in Nottingham that is supporting the project alongside with the BJCEM, they immediately made me aware that it won’t never been able to succeed, if it was in my intention to nurture a wider process. As wider process I mean breaking down the walls of the specific languages in order to blur the boundaries. «Blurring boundaries allows access, everybody benefits from it and, even more, each thing has an impact on the other». This is what Ben Harriot, the first artist I met here, told me during our conversation.

Hence, the title is not a little, insignificant detail. It is actually a crucial point because, as a discursive project, this research (you can even call it as such) is mainly based on dialogues or, better saying, on trying to establish a dialectical process. Although the project in its entirety shares the same approach and methodology in each step, episode or chapter, what changes is the attitude. This last one depends in fact on at least three factors: the first is the connection I establish with people and what they tell me, the second, as a consequence of the first, is related to my capacity to listen. To some extent I “only” trigger the process and let the project “driving” me. This does not mean that I’m passive but in the first phase, the phase of the research, is pretty much important to listen. Afterwards, I can and I have to reconnect everything trying to set up bridges between all the people I met, professionals or not, and explore some crucial issues like, so far, long-terms vs short terms process, the legacy of the community based projects, the negotiation of the language, think a new imaginary and a new symbology, how to perform our position as artists, curators, institutions and citizens… just to mention few. The third factor is the content of the research itself: the relationship between the Art and the Public Sphere and from what degree the practices (artistic, curatorial, institutional, architecture, urban planning, philosophy, sociology, activism etc.) are engaged with the territory and the local community and viceversa. Quoting Simon Sheik, rather than be considered as a unity, the Public Sphere is in fact very fragmented as well as the communities (you can refer to more than one community). We can in fact consider it as an arena. Here I have to reconnect all the experiences and all the different languages, trying to bridges all the practices, and sharing thoughts, knowledge, tools, skills, as well as an atmosphere.

This is what I’m actually learning and what is happening here in Nottingham where, compared to the first two episodes that took place in Milan and NYC, I’m trying to push the bar of the project beyond its limits, challenging the project itself and me as a curator. I also want to be part of the process.

In Milan and New York I worked separately with artists, curators and institutions focusing on their practices. Here I want to experiment more in terms of process and final outcome. So far, I’m not sure in fact if the project will be finalized as a traditional panel discussion or will have other forms. I shared this idea with the people I met and they encouraged me to take the risk to do more. I want to accept the challenge but, considering that everything is on-going, I still have not focused exactly how.

The project is based on the synergy that you are able to create with the territories in which you are working and the local communities. How do you approach them? What is your methodology of work?

There is nothing much powerful than your own word. If you want to connect with people and engage them, if you want to collaborate with them, professionals or not, you have to open the door in first place, and be honest in your intentions. Than people can accept or not and decide how they want to be involved. It is about the quality of the relationship you want to establish. It’s a two way process. I’m coming from a traditional curatorial approach in terms of exhibition making, thus I’m still learning and this is what I learnt here in Nottingham, so far. Milan and NYC asked me to tell another story: territory and communities also affected me as well as the practices I am exploring. This means re-negotiate the language every time and establish a dialectical process. As mentioned above it is about hearing; it is about trying not to have a pre-determined attitude.

So far, in each place I had the opportunity to survey, I was able count on an institution – or at least to what I consider an institution from some extent – that initially supported me in my research.

Then, whenever you’re on the ground you can understand how to trigger the process.

The most difficult thing is actually to make the institution I propose the project understand what I’m doing, because everything has to be shaped on-going and the final outcome is, in different forms, a dialogue. I’m in fact grateful to the BJCEM and the New Art Exchange because they decided to share the risk with me.

Once I understand the research is finished, I can even think about a different outcome that gathers all the different chapters in a different shape: a publication or an exhibition. But this is a too far way step. 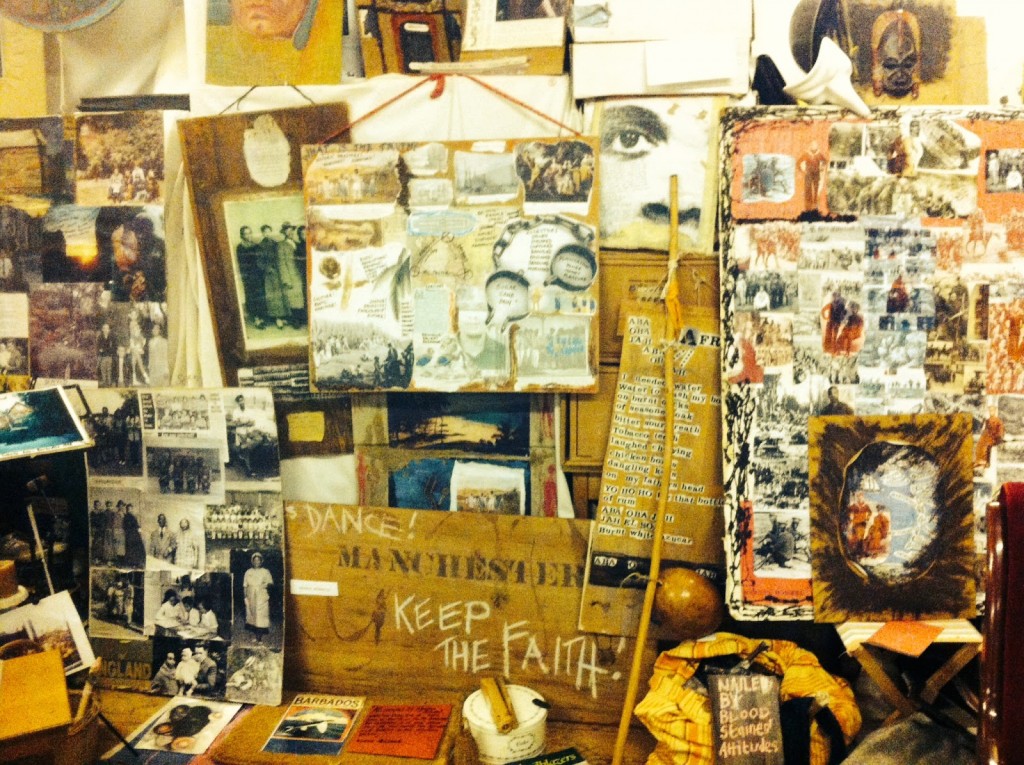 You have already started to work in Nottingham two weeks ago, what has been the first impression on the local scene? What reactions have you collected so far?

Nottingham is a strategic place, pretty closed to the most important cities – London, Manchester, Liverpool, Glasgow – as well as other small vibrant cities like Leicester and Leeds. The institutions, on different scales and levels (the officials as well as the independents), are well connected and in a fruitful dialogue with the rest of the Country. The New Art Exchange, for example, has a specific focus on the cultural diversity and it is actually the largest gallery in the UK dedicated to the culturally diverse contemporary visual arts. The NAE and its incredible staff of people makes a terrific work with the local community – I’m thinking for example to what the YARD programme (Youth Arts Research and Development) does in terms of performative approach – and at the same time makes an accurate job with those artists that tackle crucial topics. An example is the show by the Palestinian artist Larissa Sansour, which practice is underscored by the urgency of Palestine’s political problems.

Alongside the NAE there is the Nottingham Contemporary, one of the most relevant institution in the Country, as well as other amazing places like Primary, Backlit and One Thoresby Street. These last three, from different degree and portions, contribute to nurture the relationship with the territory, the local community and the local artists trying to commission them new works. This is the case of the work by Tracey McMaster called Between the Devil and the Deep Blue Sea, produced by Backlit into the Samuel Morely program. The Arts Council England and the Lottery Found financially support most of these places. 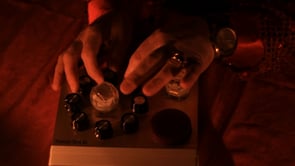 Between the Devil and the Deep Blue Sea, Video frame, 5’31”, Courtesy the artist and Backlit

What I noticed is that places like Primary and Backlit, for example, are run by artists: Rebecca Beinart is Engagement curator at Primary as well as Matthew Chesney is Director at Backlit. This is pretty peculiar compared to Italy.

Rebecca made an extremely significant public program called Intersection that aims, in the long-term, at engaging some specific communities, trying to facilitate the dialogue among different people and make Primary familiar to the families.

In this context the project has found an ideal place to be seeded, and the reactions have all been positive. People have not just been helpful but also very genuinely supportive in terms of nurturing the process. 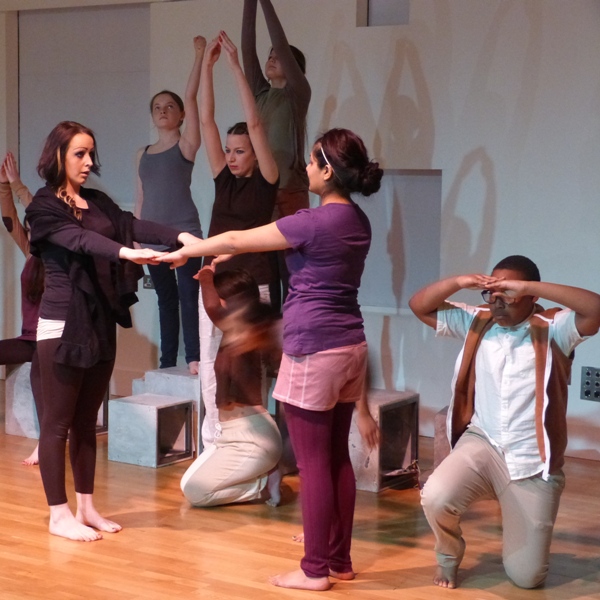 It is the second time that you’ve been working in Nottingham. The first time, it was a presentation of “Disorder” in the framework of WEYA-World Event Young Artists in 2012. Do you think that a sort of “legacy” of that artistic project is still present in the city?

I actually don’t know in a large scale but, in terms of my personal relationship with the people I met three years ago, there’s a good memory of the work done. This is helping pretty much to find the right context.

The project foresees a public presentation of the results on April 7th at the New Art Exchange. How it will be organized the presentation and which subjects will be involved?

After the experience in NYC, I came here with the idea that the final presentation should be a panel discussion. Since I started to survey I Immediately noticed that the research is leading me in a very hybrid zone where the boundaries between different practices are much more blurred than strictly defined. Hence, I immediately had the feeling that the panel wasn’t probably enough. The project is based on an on-going process mainly focused on hearing what the territory and the people are telling you. As I mentioned above the territory is affecting my practice in the first place and, in this specific case, I want to be really involved and challenged. No matter what. The project is thus becoming a real open lab and this attitude is helping pretty much to make it open and inclusive.

As came out of my conversation with Skinder (Chief Executive at NAE), the idea is to make, in harmony with the process, something more informal, open and porous that facilitates the discussion among the people invited – basically the professionals and not, I met so far – and the general public.

For more info about the entire process please visit: 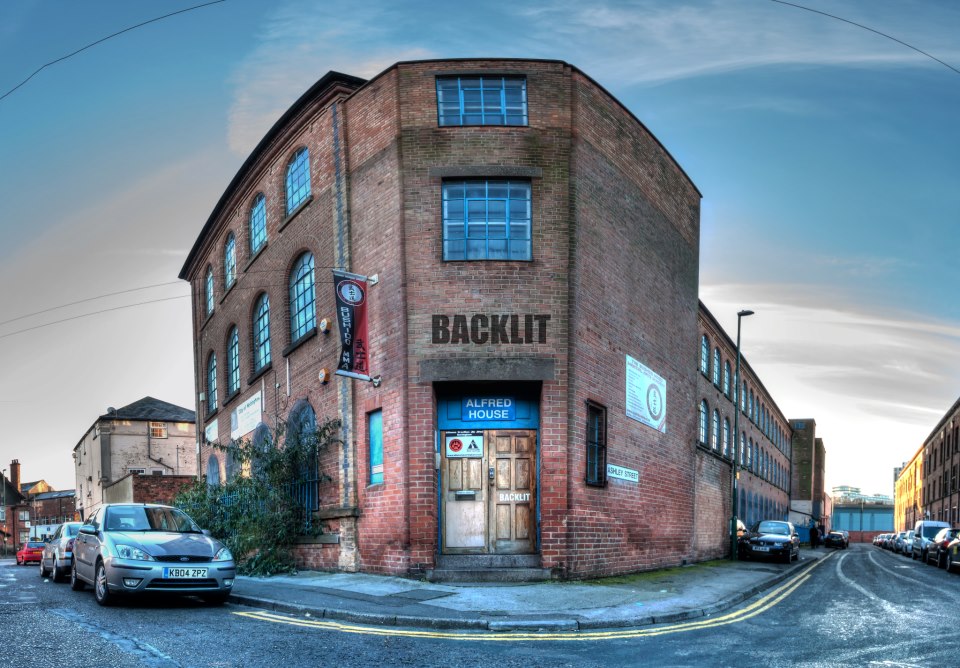