APPEAL TO Solidarity with Refugees, Non-violence, Dialogue and Peace 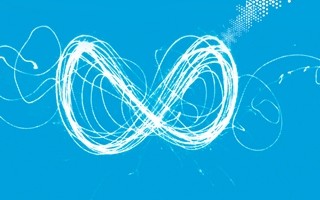 APPEAL TO Solidarity with Refugees, Non-violence, Dialogue and Peace

On the occasion of the current refugee crisis on a global scale and the International Peace Day (September 21), which is held this year on the 70th anniversary of the foundation of the United Nations, we, members of the International Association Bjcem are sending an urgent appeal to show solidarity with refugees, non-violence, dialogue and peace.

It is time for the United Nations to launch fundamental activities which would secure the implementation of the the UN Charter, the Universal Declaration of Human Rights, the International Covenant on Civil and Political Rights and the International Covenant on Economic, Social and Cultural Rights and the Convention on the Status of Refugees and the Protocol Relating to the Status of Refugees in all UN member countries and signatories of the said documents.

It is time for fundamental solidarity with refugees, non-violence in relationships with people in trouble and inter- cultural and inter-religious dialogue and just peace.

It is time for commitment to the economy, social issues and education for a culture of peace.

It is time to stop wars and conflicts, violence and exclusion, and terrorism.

It is time for tolerance and non-violence, acceptance of the other, with all its values and real life problems.

It is time to find ways to restore peace, freedom and security for all people and nations of the world.

It is time to free ourselves from ignorance, fear, and hatred because ignorance and lack of recognition of cultural diversity in the world.

It is time to dedicate ourselves to the protection of human dignity.

It is time for the policy of recognition and respect of close and distant neighbors, co-operation and friendship between peoples and nations of the world.

It is time for communities to dedicate themselves to dialogue and non-violent resolution of problems in the countries where there are conflicts, among their neighbors and in war-torn regions.

It is time to build paths of understanding and cooperation for the benefit of people, families and communities, and to stop building fences and walls at borders in order to resolve the refugee crisis.

It is time to remove the causes of local, regional and global crises, poverty and global problems such as the issues of settlement, environment and sustainable development.

It is time for solidarity and concrete support of the world to the refugees.

It is time for the international community and all the organizations and people to take action and dedicate themselves torefugees.

It is time to give hope for a better life to all generations of refugees – the young and the old, the sick and the disabled, as well as all the people who have the status of refugees, regardless of the countries and regions the are coming from, because of the tragic consequences of conflict and violence in their countries.

It is time that the refugees, who have experienced the uncertainty and fear of the destruction of their own lives and the lives and survival of their families, societies and countries, are being provided with a safe and peaceful haven in the countries to which they are headed.

It is time to accept the reality and realize that the problem of refugees is not only the problem in the Euro-Mediterranean region, but it’s a problem of our planet, every one of its inhabitants.

It is time that all of us, citizens of the world and members of society and the country in which we live, express and confirm the action and personal example of solidarity with refugees.

It is time for solidarity with refugees, non-violence, dialogue and peace.

For information please dial the following number 062 642 443, while signatures of support can be sent to e-mail 2016.ipc.1@gmail.com