More than 100 artists from Mediterranea 17 Young Artists Biennale and artists from the CreArt project,  funded under the Culture programme 2007-2013, aiming at establishing the permanent and professional system for the mobility of artists working with the visual arts, will be present in Genoa from October 19th to 22nd.

“World of research and culture of tradition”

The programme is planned and promoted by:
City of Genoa, Culture and Tourism department – Cultural Policy Office and ARCI Liguria with the collaboration of Science Festival and Genoa Pesto World Championship

This meeting in Genoa, intends to give support and visibility to the international creative scene, a contribution to the organizational efforts of the City of Milan for this special edition that will take place during Expo2015.
A participatory process aimed to involve numerous operators, present in the City of Genoa, that work on a cultural level around issues of sustainability, technology, resources, environment, territory, food, traditions and material culture.
With collaboration of:

Art and Science Section
curated by Science Festival, it is an international performance with the diversified programme about the relation between art and science. The theme of this edition is “Equilibrium”

Meeting with Semir Zeki
Semir Zeki is considered a pioneer in the study of visual function of the brain, the founder of a discipline called neuro-esthetics, which investigates the relationship between brain functioning and artistic representation. Professor of Neurobiology at University College of London. Since 1995 he has been a director of the Wellcome Department of Cognitive Neurology, since 2008 he has been the first Neuro-esthetics professor at University College of London.

Mattia Novello will present SINTSI 2015: panel of airgel and polypropylene which creates a special effect thanks to the nanomaterial which is used
Luca Gilli will present a series of photographic works on graphene and airgel of graphene
Daesung Lee, won 1st prize of Sony World in 2013, will present the series of shots linked to climate change in Mongolia intitled “Futuristic Archeology”. A reflection on the relationship between desertification and nomadism through creation of archaeological scenic design, the same ones that Lee imagines to be exhibited in the museums of the future.
Streamcolors will present Equilibrium three-dimensional video of the project “Memories of balance.”
Diamante Faraldo will present Blow Back 2015 sculpture that evokes a pyramid split into 2 parts and made with black marble from Brussels, oil and graphene ink to witness a never ending future of classic esthetics.

Science Festival Preparation
The artists will be guided in some locations of the Festival of Science to see the staging of exhibitions and workshops.

Gastronomy Section
Basil and mortar
Organized by the World Championship of Genoese Pesto with the Mortar® created and promoted by Palatifini, an international showcase of skills and excellences of Liguria, which describes and enhances the quality of Genoese ancient territory. A championship ad hoc in which chefs selected for the Gastronomy Section, will make up the jury that will select the best pesto made(basil sauce in a mortar).

Main Menu: give me your recipe
In collaboration with the Bistrot of Altrove Theatre
Each evening there will be a dinner inspired by the receipts of the chefs, selected for the Gastronomy Section

Literature, Theater and Music Section
Every evening readings, concerts and shows will be organised at the Altrove Theatre and the Count Basie Jazz Club. It will be also an opportunity for selected artists to present their own proposals on the stage. The Count Basie Jazz Club is the temple of Jazz in Genoa: a magical and evocative, located in the foundations of Santa Brigida convent from of the 15th century. Each month there is organised an evening appointment “Do not shoot the writer”, a visual anthology of readings and music where the writing is an intriguing game.
With the collaboration of Collettivo Line S and Officina Letteraria

Altrove Theatre is an amazing place in the heart of the Old Town of Genoa located in a noble residence of the sixteenth century. Thanks to the management model, entrusted to a group of local associations, the theatre, with its small bistro that offers organic and ethical food produced with zero food miles, has become a headquarter for the cultural scene in the territory.

Graphic Art Section
In collaboration with the Disordrerdrama Association that promotes GelatiFanzineFestival – festival of micro publishers and illustration there will be organized a Workshop of silk screen printing with some of the most successful representatives of Italian silk screen printing.
All participants will be offered the opportunity to visit some civic museums and take advantage of guided tours of the city center, dedicated to young people in order to discover not only the treasures of the past preserved in our Old Town, but also the places of production and use of contemporary art.

Sala Dogana will host the presentation of the Genoese artists selected for the Biennale of Milan.
Sala Dogana, inside Palazzo Ducale, is a place of young creativity and art: a center that supports emerging cultural productions, experimentation, innovation, the development of new trends and the contamination of languages. 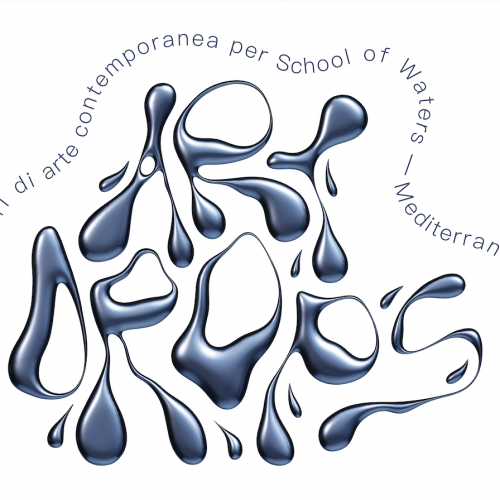