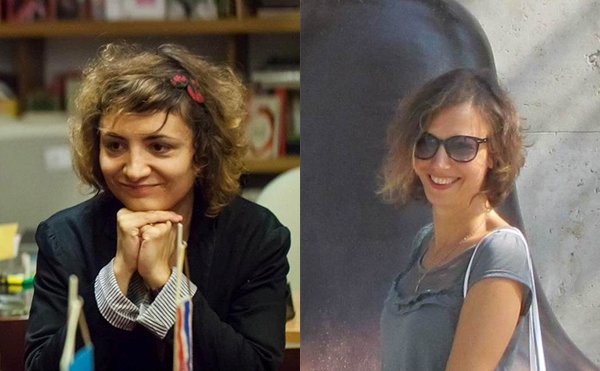 Loose Associations, Contemporary Art Practices were founded in Zagreb in 2009 by a curator and cultural worker Nataša Bodrožić, visual artist Tonka Maleković, and curator and art historian Ivana Meštrov. Prior to the associative framework, the Loose Associations programme already existed since 2007, as a sequel of talks and screenings conceived in a tight collaboration with the New Media Department of Zagreb Art Academy and exploring the notions of critical, collective and self-managed art practices, as well as public art. Since then, a several collaborative projects were set up under the forms of exhibitions, panels and residencies. At the present time, the Loose Associations are active in the informal public school project K.R.U.Z.O.K., ARS PUBLICAE- research on the public art in Croatia (1postozaumjetnost.wordpress.com) and SPACES: Sustainable Public Areas for Culture in Eastern Countries, collaborative project funded by  EU-Eastern Partnership Culture Program (Armenia, Georgia, R.Moldova, Ukraine)

Nataša Bodrožić
Born in Split, Croatia, 1978 is a curator and cultural worker.
She graduated from the Faculty of Political Sciences in Zagreb (BA in Journalism) in 2004. In 2008 she finished the program Laboratory of the Curatorial Practices at Center for Contemporary Arts (SCCA) in Ljubljana, Slovenia. She holds MA degree at the University of Arts in Belgrade and Universite Luimiere in Lyon//UNESCO Chair for Cultural Management and Cultural Policy in the Balkans (2010).
In 2009, she co- founded the organization “Loose Associations, contemporary art practices” (with Ivana Meštrov and Tonka Maleković) So far she co-curated numerous exhibitions and public space projects in Croatia and abroad:
– Spaces: Sustainable Public Areas for Culture in Eastern Countries, collaborative project funded by EU-Eastern Partnership Culture    Program (Armenia, Georgia, R.Moldova, Ukraine 2012-2014)- coordinator of the curatorial team
– Once upon a present: A view on contemporary art in Russia with Elena Yaichnikova (Zagreb, Gallery SC- 2011)
– Noted for people atlas of Chisinau, with AREA Chicago OBERLIHT (Chisinau, Moldova, 2010)
– Scenes, protagonists, symptoms: Spaces in the Speed of Change (DVD for the PLIC magazine, Chisinau, Moldova- 2010)
– Future was yesterday: Self-organized Artistic Practices from Ukraine, with R.E.P. group (Zagreb, Gallery SC and Gallery PM- 2009)
– Chiosc. Moldova in Focus, with Vladimir Us (Zagreb, Gallery VN- 2009)
– Akto4, festival for contemporary art and theory (Bitola, Macedonia-2010)
– PPossibility of the city, Participatory action in public space by Tonka Malekovic and Ion Fisticanu(Chisinau, Moldova- 2009)
– Interventions 3: Artistic interventions in public space, with Vladimir Us (Chisinau, Moldova- 2008)
From 2004 to 2008 she collaborated with Queer Zagreb festival as a production associate. She initiated regional literary project Queer Stories and co-edited the book Poqueerene priče (Domino, Zagreb 2004).
Currently she lives and works in Zagreb.

Ivana Meštrov
Ivana Meštrov is a curator, art critic and researcher. She obtained her MA in art history at Paris 1-Pantheon Sorbonne University. In 2002-2003 she attended the curatorial programme Ecole du Magasin in Le Magasin Art Centre, Grenoble, France. The outcome of the programme was a book “AIDS RIOT, artist collectives against AIDS, New York, 1987-1996”.
Since 2009, she has been working as an assistant researcher at the Art History Department of the University of Split, Croatia. She is one of the founding members of the organization Loose Associations contemporary art practices (along with Nataša Bodrožić and Tonka Maleković) dealing with critical research and contemporary art practices.
In 2008, with Mihaela Richter, Ivana Meštrov initiated Kustoska platforma, research platform on curatorial practices, contemporary art and theory. Up until now, they have organized three sessions and hosted many curators and theoreticians as WHW, Klaudio Stefancic, Dorothee Richter, Ann Demeester, as well as an itinerary Archive on critical and experimental curatorial practices “Curating Degree Zero”.
She has coordinated, curated and co-curated several exhibitions and public space projects in Croatia and abroad: “Insert”, the retrospective exhibition of Croatian video art (exhibition assistant), Museum of contemporary art, Zagreb, 2005; “Zagreb Calling”, screening, Maison Populaire, Paris, 2006;  “The Exhibition You Deserve” (in collaboration with Bruxelles based curatorial collective Komplot and Yona Friedman), Dubrava Cultural Center, Zagreb, 2007; “ Tkalča Art Fest”, a public art festival (in collaboration with Dubrava Culčtural centre), Zagreb, 2007; “The Future was Yesterday” (Loose Asociations in collaboration with Kiev based artist collective R.E.P.), Galerija SC and Extended Media Gallery, Zagreb, 2009; “CHIOSC” (Loose Associations in collaboration with Kishinev based art association Oberliht), Galerija VN, Zagreb 2009; “Green Card for an Island” (artist-in-residency programme on the island of Zlarin), Kula Lotrscak, Zagreb, 2010; Loose Association participation within “Akto Festival”, Bitola, Macedonia, 2010; Marko Tadic solo show “I am to wait”, Galerija Waldinger, Osijek, 2011; Nicole Hewitt solo show “Echoes and Inexisting A”, Galerija Waldinger, Osijek, 20011; “Eduzgraf Student platform for graphic arts and visual communications” within the Zgraf 11 comprising of exhibition,workshops and lectures (in collaboration with Mihaela Richter), Zagreb, 2012.
Ivana Mestrov collaborates frequently with several art institutions (Galerija PM, Galerija SC) and art magazines in Croatia (Kontura, Zarez, Oris) as an art critic/researcher. Since 2007, she has been writing art reviews for “Triptych” radio show (Croatian Radio 3-HR3). In fall 2009, she was a guest editor of a journal Life of Art edited by Zagreb Institute of Art History (Život umjetnosti n.85, 2009). This issue entitled “Fragments of Curatorial Discourse” was giving an overview of local curatorial initiatives.
Mestrov is a member of a study section of ULUPUH (Croatian Association of Artists), as well as of the International Association of Art Critics AICA. Currently, she lives and works in Zagreb and Split. 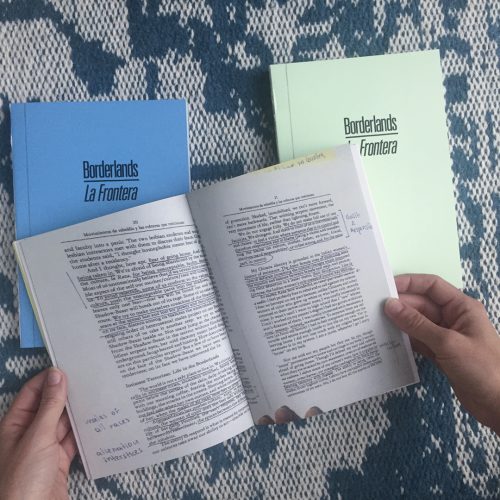