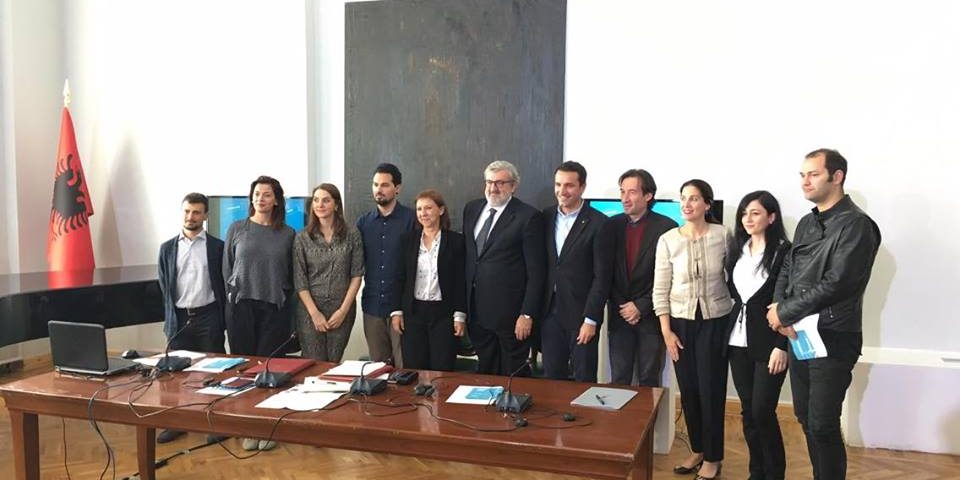 Mediterranea 18 Young Artists Biennale “HOME” has been officially launched. Today, at the Ministria e Kulturës in Tirana, BJCEM President Dora Bei has signed the agreement with the Minister of Culture of Albania Mirela Kumbaro.
During the press conference the team of curators that will work for the event has been presented. The Artistic Directort is Driant Zeneli, and the responsible for discipline are: Jonida Turani for Applied Arts, Maja Ciric for Visual Arts, Ala Group (Maria Rosa Sossai) for Literary Creation, Docufest (Eroll Bilibani) for Film, Ema Andrea for Performance and Tulla Center (Alban Nimani and Rubin Beqo) for Music.

More updates will be published soon on our website. 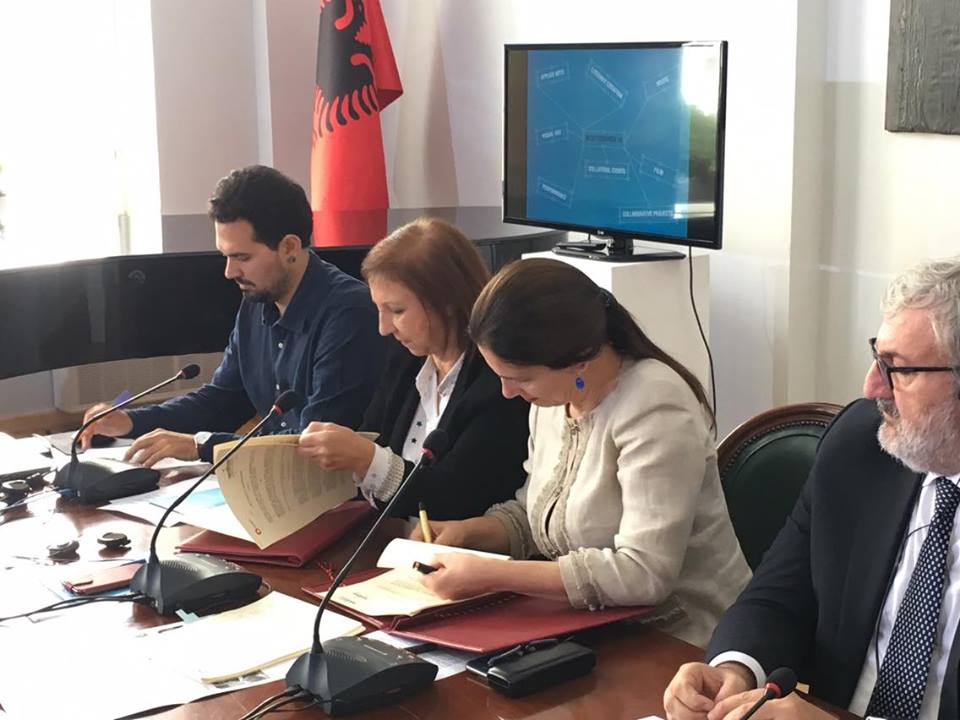