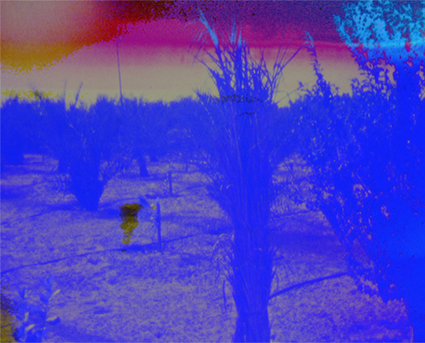 In the framework of Katalogos, a three-day workshop curated by Alessandro Castiglioni and Simone Frangi
dedicated to the development of the biennial research project A Natural Oasis – Provoc’Arte 1991, Hypothesis for an archive promoted by the Republic of San Marino in collaboration with the City of Milan

Basma Alsharif is a nomadic artist/filmmaker of Palestinian origin, based in Paris. She received her MFA in 2007 from the University of Illinois at Chicago and her films have screened at YIDFF, TIFF, the Berlinale, Videobrasil, and Manifesta 8. Alsharif won a Jury Prize at the 9th Sharjah Biennial, she was awarded the Fundacion Botin Visual Arts grant, and received the Marion McMahon Award at the Images Festival in Toronto. She’s currently artist in residence at Le Pavillion – Palais de Tokyo (Paris) and she’s represented by Galerie Imane Farès.

Viafarini DOCVA, in collaboration with Little Constellation, organizes Katalogos, a three-days workshop dedicated to the development of the projects of the artists selected by A Natural Oasis Summer School – Provoc’arte 1991, Hypothesis for an archive, which took place last summer in the municipality of Montegiardino in the Republic of San Marino. The goal of the workshop Katalogos is to verify the development of A Natural Oasis, a stage-based path in relationships, study, travel and research, which after San Marino will continue at the Garrison Library of Gibraltar – UK and at Saint James Cavallier in the Republic of Malta. The aim of this project is the production of a special work for the XVII Biennial of Young Artists, MEDITERRANEA17, which will take place in Milan in October 2015.

Therefore, Katalogos is an intermediate step in A Natural Oasis and will refer to the process of collection, enumeration and organization of archive material and documents for the construction of systems and, more generally, of narrative possibilities. This focus can be included in the more comprehensive practices of archive analysis and display, which are, in a wider sense, the analysis goal of the entire project.

Aimed at the production of A Natural Oasis. Provoc’arte 1991. Hypothesis for an archive
Special project for
XVII Biennial of Young Artists, MEDITERRANEA17