Underneath the nordic sky | Solo exhibition by Nanna Susi 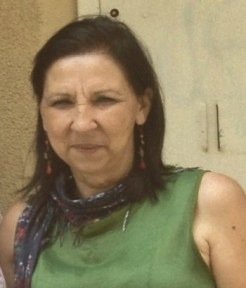 On June 20th 2014, during our General Assembly, Mrs. Dora Bei has been elected new President of Bjcem.

Dora is a greek literature graduate, with a master’s degree in Philosophy from Columbia University in New York, focusing on Platonic thought and, in particular, the notion of truth in the platonic dialogues; an assistant at Rutgers University in New Jersey, teaching contemporary greek literature at undergraduate level for quite some years; Currently, Director in the Hellenic Youth Ministry – Bjcem founding member – , having the responsibility for developing initiatives and implementing national and international programmes in the sectors of Culture, Social Policy, non formal education, life long learning and leisure time of young people; she has spent almost 2 decades of her professional life in servicing young people’s interests by holding directorial positions in international cooperation and in the European Commission national structure that implements european union programmes in the youth sector; long experience in working at european, euro-med and international environment and in organizing large scale socio-cultural activities for young people. Dora lives and works in Athens and she is a mother of a daughter, Angeliki, a fresh registered Athens lawyer.

She succeeds Mrs. Krista Mikkola, who’s been President of the Association since 2012. We thank Mrs. Mikkola for her work and wish a good mandate to Mrs. Bei.