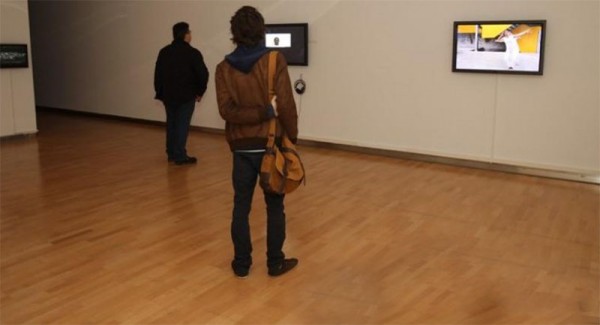 Bjcem Spanish committee is presenting a collective exhibition gathering all the spanish artists who have taken part to Mediterranea 16 in Ancona on June 2013.

The exhibition, set up in the DA2, the contemporary arts centre in Salamanca, is a multidisciplinary event presenting the works of the 21 spanish artists selected to represent their Country in the last Biennial, among them the installations of Igone Urquiza and Lola Guerrera; the photos of Juan Patiño Herraiz, Álvaro Martínez Alonso, Antonio Guerra and Clara G. Ortega; the drawings of Julia Llerena; the video of Alberto Fuentes; the documentary of Lluvia Darocas; the short movie of Alberto Evangelio; the interactive video-installation of espadaysantacruz; the video of Natalia Lozano, the design project of Sabina Cabello and the book of Gabriel Nogera.

Also two international artists, Giulia Manfredi from Italy and Katerina Kotsala form Greece, have been given the chance to participate to the event.

The exhibition opening is at 8.30 pm on October 25th with the concert of the group Neon Lights.
The exhibition will remain open until December 30th 2013.