New Future: the Italian President of the Republic, gives his recognition to the exhibition

Mediterranea 16: signed the Agreement Protocol between the City of Ancona and Bjcem 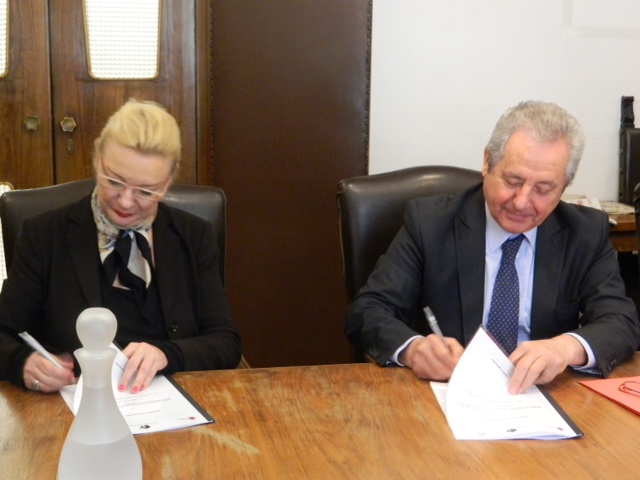 On January 14th 2013 the City of Ancona, represented by the Mayor Fiorello Gramillano, and Bjcem, represented by the President Krista Mikkola, have finally signed the Agreement Protocol that implements the commitments taken for the launch of the event.

Despite the earlier resignation of the Mayor and his Council, that makes the path towards the next Biennial further complicated, this act confirms once again the will of the city of Ancona to achieve the goal of the Biennial together with BJCEM.