Bjcem supports the campaign We are more 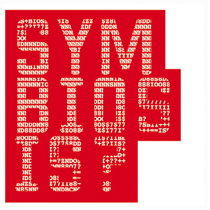 The XV Biennial has been characterized by some important changes.

For the first time, the name of the event has changed in Biennale de la Méditerranée, with the aim to focus our attention more and more on the Mediterranean area and its social, political and cultural context.

Furthermore the format has changed, including 2 cities: Thessaloniki and Rome, each of them focusing on particular disciplines (Cinema, Literature and Music in Rome; Visual Arts, Applied Arts and Gastronomy in Thessaloniki). This choice offered the possibility to create an articulated path through the different Countries which are part of the BJCEM network and made possible for a large audience to take part to our activities. The idea was originally born in order to support Casablanca, that was the candidate city for hosting this Biennial. Unfortunately due to the international economical crisis burst in 2011, the organizers in Morocco were not anymore in condition to ensure the realization of the event and hopefully our partner in Rome and Greece showed their interest to host part of the already planned activities.

This Biennial articulated its subject in the form of a question: Symbiosis?, as a clear and straightforward indication of the urgency of responding to a current question: how could we live together in the present?.

Rather than reformulate the moral imperative at the heart of the notion of “living together” (symbiosis), this project aims to raise a series of questions. This choice reflects the awareness of the complexity involved in engaging with the urgent notion of “togetherness” within the context of a Biennial. It also stems from a will to provoke multiple answers, and give voice to conflicting positions, within the framework of this temporary event.

More than 500 artists, aged between 18 and 30 years old, from 27 Countries (Albania, Algeria, Bosnia-Herzegovina, Croatia, Cyprus, Egypt, Finland, France, FYROM, Greece, Italy, Lebanon, Malta, Morocco, Montenegro, Palestine, Portugal, Republic of San Marino, Serbia, Slovenia, Spain, Turkey, Austria, Israel, Kosovo, Syria, UK) participated to the event. Half of them were part of the official program, while the other half took part to parallel events, particularly in Thessaloniki where for a month the city was animated of activities linked to our Biennial.

Artistic director of the event in Thessaloniki was Christos Savvidis, well-known independent curator and producer, accompanied by Stephanie Bertrand and Efi Halivopoulou. In Rome the Director was Mr. Costantino d’Orazio and the curator, Ms. Costanza Paissan from the MACRO Museum.

The public was assessed around 20.000 presences in Thessaloniki and 2.000 in Rome.

Starting in early October and for a whole month, Thessaloniki hosted the event, which presented creations from the Visual and Applied Arts sectors, as well as Gastronomy.

Back in 1986, the 2nd edition of the Biennial, which later became a landmark in the history of the event, had also taken place in the city, as an outstanding cultural event. In the current local reality and time of crisis, culture can be again an instrument to minimize the differences, offering a wide range of communication, exchanges of ideas and supporting social cohesion.

In collaboration and with the approval of the Organizing Committee, we built a rich, intriguing parallel program that is a valuable addition to the Biennial and to the cultural life of the city. In particular it is important to mention: the Hotel Ariston residency project, Teenage angst by Dynamo project space and dedicated to artists from 15 to 18 years old and the photography workshop Diavlos focused on immigrants.

School of Visual and Applied Arts/Aristotle University of Thessaloniki

Proposed and implemented by: Carpe Diem

Symbiosis?: Hotel Ariston – Ariston could mean we can live together

Image Of The World

Selected and coordinated by Soul magazine

In Rome the disciplines of Music, Cinema and Literature have been presented in December. Local organizers considered the Biennale as an opportunity to promote creativity and technology, which, bounded up together, represent the driving forces young people are exploiting to change their own Countries.

Xanthippe Skarpia-Heupel – President of the Board of Directors, Macedonian Museum of Contemporary Art

Yiannis Mylopoulos – Rector of the Aristotle University of Thessaloniki

George Papakostas – President of the School of Architecture, Faculty of Engineering, Aristotle University of Thessaloniki

Matoula Scaltsa – Member of the Board of Directors, Macedonian Museum of Contemporary Art

Tania Dimitriadi – Special Advisor to the General Secretariat for Youth

Sofia Kasfiki – Special Advisor to the General Secretariat for Youth

Lighting and Installation of Audiovisual Works

Message In A Bottle Supported by Malamatina Group

Warm thanks to the volunteers of the Biennale, who contributed their time, energy and enthusiasm to the organization.