Report of step 2 and 3 in Kosovo and Montenegro

After the first intensive residence session held in July 2016 at the Castello di Montegiardino and the Museo di Stato in the Republic of San Marino with workshops by visiting professors Flaka Haliti and Svetlana Racanovic, the group of young curators, culture researchers, and art writers selected by Alessandro Castiglioni and Simone Frangi for the second edition of A Natural Oasis? | A Transnational Research Program conducted the first and second research field trips to Kosovo and Montenegro.

The group included Eremire Krasniqi, 1985 (Kosovo); Giulia Gregnanin, 1990 (San Marino / Italy); Valerie Visanich, 1982 (Malta); Lenka Đorojević, 1982 (Montenegro / Slovenia); Chiara Cartuccia, 1984 (Italy, UK, Germany); Maya Tounta, 1990 (Greece, Lithuania); Sergey Kantsedal, 1989 (Ukraine); Rachel Pafe, 1990 (US and the Netherlands) and was accompanied by the coordinators and curators. All participants were invited and hosted by the partner Institutions and Associations of the A Natural Oasis? project in both countries.

The research in Kosovo was led by Stacion – Center for Contemporary Art Prishtina directed by Albert Heta and Vala Osmani with the following program: visit to the permanent project of Stacion Museum of American Art in Prishtina; visit to the Salon de Fleurus project organized by Stacion at the Boxing Club; visit to LambdaLambdaLamda project space and mall in Prishtina; visit to Talking About at the National Gallery of Kosovo; visit to buildings and architecture projects that have marked the complex past of Kosovo including the Metabolist building of the National Library of Kosovo, the never completed Church of Christ the Savior, commissioned by Milosevic, and the Carshia Mosque; visit to key sites in the development of the indie art scene in Prishtina between the 1990s and this past decade, including the previous venues of the Dadona Gallery and of the temporary exhibition project Frizer Pantene begun by Silsey Xhafa. The event ended with a portfolio review and critical session with the up-and-coming Kosovian finalists and winners of the Artists of Tomorrow Award (Astrit Ismaili, Dradan Zhegrova, Doruntina Kastrati, Faton Mazreku, Haveit Gorup) as well as a public viewing of Remembering the Other’s by Ana Čigon in the presence of the artists, intellectuals, and activists who took part in its creation.

The research in Montenegro was led by ISU – Institute of Contemporary Art Montenegro at the Montenegrin Gallery of Arts Miodrag Dado Đurić (Cetinje) with the following program: lectures by Mirjana Dabovic, Director of the National Art Museum of Montenegro, with a guided tour to the National Gallery of Montenegro; Natalija Vujosevic, the founder of ISU, artists Irena Lagator, Lazar Pejovic, and the independent curator Svetlana Racanovic with a guided tour of Obod Factory that hosts the MACCO project presented by Marina Abramovic at the Montenegro Pavilion during the 54th Venice Biennale in 2011. The program ended with a portfolio review and critical session by young Montenegro artists and a screening of the documentaries Matter of will by Dusan Kasalica and We are the sons of your rocks by Ivan Salatic.

The next project phase will take place in the Republic of Malta, from October 7 to 10, organized and curated by Agenzija Zghazagh and Inizjamed – BJCEM Member.

A Natural Oasis? A Transnational Research Program is an education and research project for curators, art writers, and culture researchers, based on the geopolitical peculiarities of the art scenes in: San Marino, Montenegro, Kosovo, Malta, conducted and coordinated by the Cultural Institutes of the Republic of San Marino within the BJCEM network. A Natural Oasis? is part of the BJCEM network activities, supported by Creative Europe, the Culture Programme of the European Programme. The A Natural Oasis? project is aimed at creating a special project for MEDITERRANEA18, Young Artist Biennial, Tirana – Durazzo, May 2017.

A Natural Oasis? is part of the activity of BJCEM Network supported by Creative Europe, Programme of the European Union 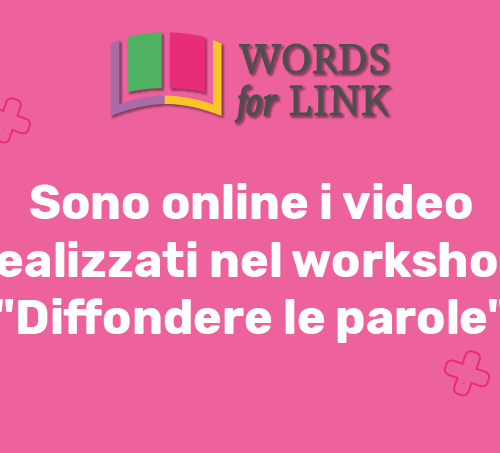