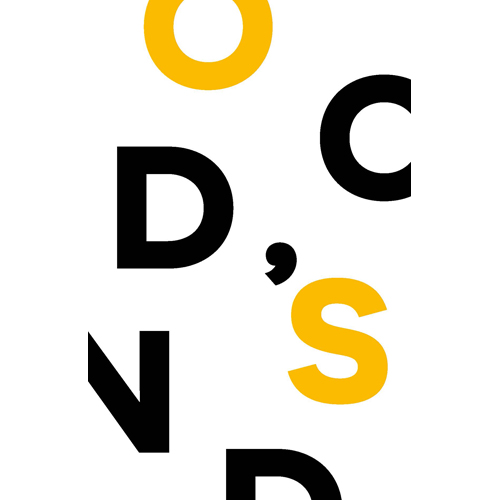 From October 22nd to November 22nd 2015, the “Fabbrica del Vapore” (Via Procaccini 4) hosted MEDITERRANEA 17 YOUNG ARTISTS BIENNALE, a multidisciplinary international event, curated by Andrea Bruciati, promoted by BJCEM and the Municipality of Milan, in collaboration with Arci and the Patronage of Fondazione Cariplo. The exhibition was included in the “Expo in città” calendar, a programme of initiatives that animated the cultural life of Milan during the semester of the Universal Exhibition.

In one of the most representative place for contemporary creativity, 300 creative talents under 35, coming from all the Mediterranean area, have presented their artworks, following the main theme of this edition of the Mediterranean Biennale: No Food’s Land.

In the morning, a press conference with the participation of the artistic director Andrea Bruciati, the President of BJCEM, the President of Arci and the Councillor for Culture of the City of Milan introduced the event to the local, national and international press that was attending the event.

In the afternoon, all the artists and the general public were welcomed from the main stage of the “Fabbrica del vapore” by the artistic director Andrea Bruciati, the President of BJCEM and the representatives of the City of Milan and Turin.

During the opening of Mediterranea 17 Young Artists Biennale – October 22nd at 6pm – it was  announced the winners of Res Artis Awards 2015, which will assigns two artistic residencies in the KulttuuriKauppila Art Centre in Finland and in the Villa Ruffieux, in Swiss. Res Artis is an international association that collects more than 500 cultural centres, organisations, individual artists and curators from more than 70 countries.

During the opening, the winners of the Res Artis Awards have been announced. Res Artis, Worldwide Network of Artist Residencies was infact invited by BJCEM to run the Awards during the 17th edition of the Young Artist Biennale. Two of Res Artis members, KulttuuriKauppila in Finland and Villa Ruffieux Residency Program in Switzerland awarded a fully funded artist residency as part of the Biennale to one of the participating artists. The winners were Ivana Radovanovich (KulttuuriKauppila Art Centre) and Riccardo Giacconi (Villa Ruffieux).

Among them, the Biennale hosted an event with Luca Missoni, from the fashion Maison, on the relations between contemporary art and fashion.

Mediterranea 17 promoted also some additional opportunities for the young artists to be truly involved in the city. Among them the collaboration with Bookcity, one of the most important Italian book fair, that hosted the reading session “Word from the Mediterranean”, opened to the writers of the Biennale; the performatives actions carried out in collaboration with the Office of Fine Arts of Brera, and the OFF Program of the Biennale, that included workshops, actions and residences, as well as the opportunity for some musicians to perform in Milan’s Arci clubs such as Circolo Métissage, Circolo L’impegno, Circolo Arci Biko.

This edition of the Biennale involved not only the hosting City Milan, but it features a collaboration with two other Italian cities: Genoa, that hosted 100 artists selected for the Biennale from October 19th to 22nd, involving them in a path towards the event in Milan; and Turin, that on October 23rd at “Scuola Holden”, Piazza Borgo Dora 49, hosted the International Forum Biennale 3.0 | 30 years of creative productions, mobility, social and cultural policies and new perspectives between Europe and the Mediterranean. Biennale 3.0, promoted by BJCEM with the support and under the Patronage of the City of Turin and under the Patronage of the Ministry of Cultural Heritage and Tourism. An open lab to collect feedbacks from experts and representatives of the most important European cultural organisations, around the topic of contemporary art in the Mediterranean, among them the Cimetta Fund, René Seydoux, Pepinieres, The Arab Education Forum, Pépinières européennes pour jeunes artistes, Culture Action Europe and more.

In the framework of the Biennale the results of five special projects have been presented.

The first one is A Natural Oasis Summer School, Provoc’Arte 1991 working hypotesis for an archive, dedicated to Roberto Daolio, a transnational project on visual arts, promoted by the Republic of San Marino, begun last year within the Castello di Montegiardino. Curated by Alessandro Castiglione and Simone Frangi, in cooperation with Viafarini and Little Constellation, had as objective the creation of a path of journey, study, training and research for 15 selected young artists from: Cyprus, Island, Luxemburg, Malta, Republic of San Marino, Italy, Greece and Great Britain which after the Republic of San Marino, Milan and Gibraltar – UK will conclude with an exhibition and a workshop in Viafarini within the Fabbrica del Vapore.

The second one, Motel Trogir. Alice Doesn’t Live Here Anymore, is dedicated to the artistic reflection on the modernist building, build in 1965 and designed by one of the most important architect during the socialist Jugoslavia, Ivan Vitic. The results of the project conceived by the curators Natasa Bodrozic and Ivana Mestrov, will be presented in Milan by the artists coming from Croatia, Slovenia, Serbia and UK.

The third one, Ecoismi 2015, is a project of public art at its fourth edition, in which the open space is lived in a creative way: a contemporary art experience that wants to connect itself, through its public and environmental nature, to processes and transformations related to the territory, the environment and its current condition, in order to open a discussion on the ecological and sustainable dynamics. Curates by Ylbert Durishti and organised and promoted by the Municipality of the City of Cassano D’Adda.

The fourth, Sulcislab, is a project promoted by the cultural department of the Municipality of Cagliari. The project wants to promote the creativity of young Sardinian designer in collaboration with the sources of the local and traditional artistic handicraft within the territory of Sulcis. An initiative curated by Olga Bachschmidt.

The fifth, La Ville Ouverte, curated by Marco Trulli, is an Euro-Mediterranean program of public art actions promoted by Arci, within the network Bjcem. Through workshop, residencies and exhibitions, the Ville Ouverte investigates the role of the art and the artists in the space and in the collective public imagination.