Art is an effective language of communication for cultural engagement.

Art is a form of experience that creates new sensations and reveals new subjectivities.

Art influences change and has the potential to transform the way in which we see and act in the world.

Art is a human need for its existence.

The Mediterranean, the inland sea, has witnessed the birth of human civilizations.
A mosaic of tribes, first settlements, and first cities surrounds it.
It is more than a crossroads. It is where “everything flows”. It is the sixth continent.
Through the Mediterranean people move, travel, navigate, and transmit knowledge, culture,
philosophical thoughts, trades of goods, tastes, savoir vivre, arts, beliefs, traditions…
Anew, it is a region of strategic geopolitical importance for multilateral and national interests.
The Mediterranean is a community that extends beyond its borders. And Europe incorporates the
Mediterranean.

In 1985, BJCEM set out to support the creativity and professionalisation of young artists and creators in
and around the Mediterranean, to strengthen the relations between all the actors active in the
contemporary cultural and artistic landscape of the region, to encourage peace dialogue, collaborative
practice beyond the existing boundaries.

BJCEM brings together 45 partners from 15 countries, including local and national private organisations
and public administrations as well as higher education institutions.

BJCEM is a cultural network that develops research, education and multisector cooperation projects.

BJCEM believes that artists and creators must be enabled to experiment with innovative, critical and
conceptual content.

BCJEM is convinced that cultural exchange and dialogue are a prerequisite to develop new forms of
sharing economy, social inclusion and human development.

Promoted and developed by the international association BJCEM-Biennale des jeunes créateurs de l’Europe et de la Méditerranée and co-funded by the European Union (Grant Agreement Project 101052900), DE.a.RE is a three-year long research project supported by the Creative Europe Program. DE.a.RE has the objective of enhancing the competencies of artists, fostering the visibility and circulation of emerging talents and artworks in Europe and beyond and reflecting and debating on the role of artists as vectors of change in contemporary societies.

In the framework of the European project DE.a.RE (DEconstruct and REbuild), co-funded by the European Union (Grant Agreement Project 101052900), BJCEM organized a Conference/Study Day, in collaboration with Fondazione Sandretto Re Rebaudengo, in Turin on November 26th, 2022.

The conference is organized in four panels, curated by the Scientific Committee of DE.a.RE and involves researchers, artists and practitioners contributing to the different topics.

If you sign up for BJCEM newsletter you will not receive spam, junk mail, advertising materials. Once a month, you will receive an update about BJCEM activities (events, exhibitions, calls, etc.). To manage the newsletter BJCEM uses Mailchimp and, to sign up, we require just your email address: so no name and other personal data. If you are interested in learning more, please check the privacy policy of Mailchimp. You can unsubscribe from the newsletter at any time, by clicking on the link at the bottom of each email, or you can write directly to communication@bjcem.org and we will immediately delete your data. BJCEM complete privacy policy is available here.

IS.LAND is a two weeks intensive residency program organized by BJCEM on the island of Procida in the framework of Procida Capitale Italiana della Cultura 2022. The residency will take place from September 12 to 25. Five international artists under 35 and from the Mediterranean area will be invited to […]
Do you like it?
Read more 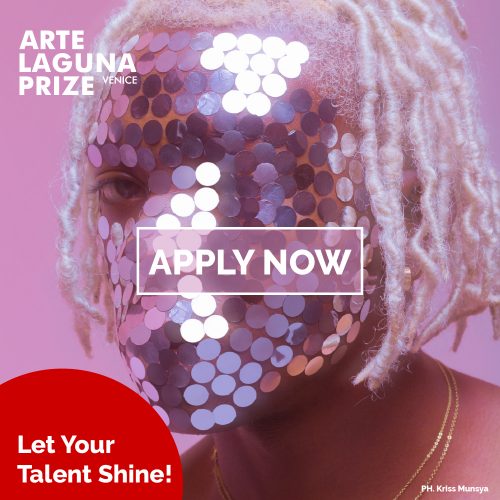 The Cultural Association MoCA, organizes the 17th Edition of Art Laguna Prize, International Award aimed at promoting and enhancing Contemporary Art. The submitted works will be evaluated by an international jury, who will select the finalist artists that will exhibit at the Arsenale of Venice. This edition jury include our […]
Do you like it?
Read more

Promoted and developed by BJCEM Biennale of Young Artists from Europe and the Mediterranean with Procida Capitale Italiana della Cultura 2022 OPEN CALL IS.LAND Intensive Residency Program in Procida 12th – 26th September 2022 in the frame of The Tending of the Otherwise curated by Simone Frangi and Alessandro Castiglioni […]
Do you like it?
Read more